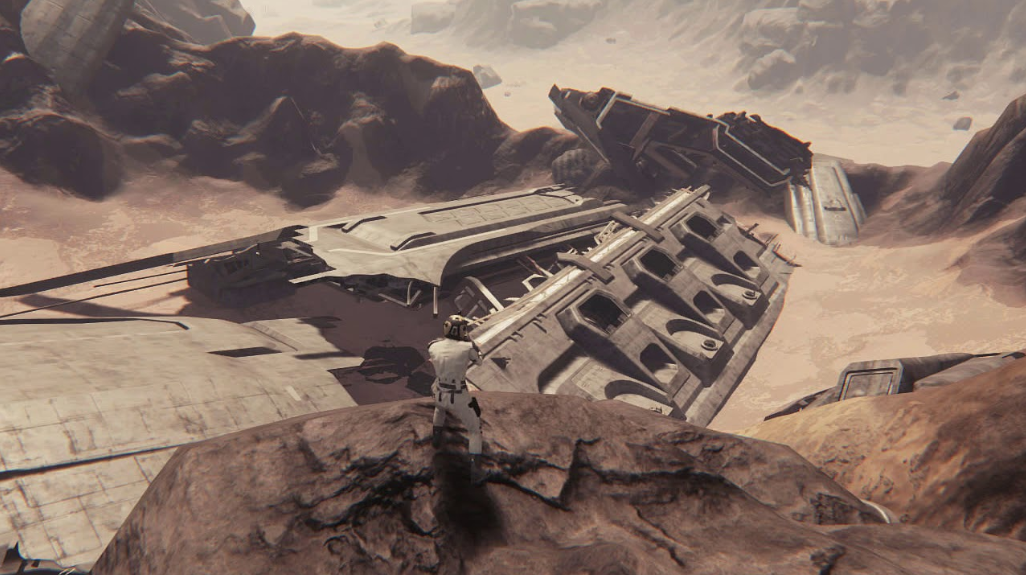 Join TGWS Wolfpack for a Wednesday night king of the hill challenge in the vicinity of Port Olisar.

Recent intelligence reports indicate there is a wrecked Javelin on the surface of Daymar. Your team is the scout group of a major salvage company in the Stanton Sytems. Your mission is to find and secure the wreck site before your competitors and defend it for ten minutes until backup arrives.

Operation Salvation will be a basic king of the hill mission beginning at Port Olisar and ending on the surface of Daymar at the site of a reported Javelin wreck.

Mission participants and assets will stage at Port Olisar beginning at 7:00 PM Pacific on Wednesday, January 16, 2019. The specific strut is TBD, based on local area traffic at the start of the mission. Contact mission strategist (WolfLarsen) upon entering the local space. After staging, two competing teams will form up, divide into separate chat groups, plan for 5 minutes, and begin the race.

This event will be streamed live at https://www.twitch.tv/innlive