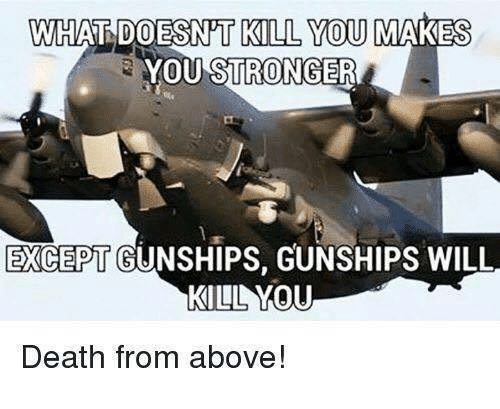 I love history, because now and then it pulls some cool tricks that mess with our preconceptions on how things were supposed to go. So what if I said that sometimes premiere militaries for their time and place had been bested by ragtag bands of militias that had no real business doing so? Oddly enough that has happened many times.

The US Revolutionary War, The Texas Revolution, and several more around the world. Perhaps they got lucky, maybe the militaries they faced were incompetent, but perhaps the militias made the most of what they had to work with. As I thought about that last possibility a bit more, I slowly began to think about the mighty militia vessel, Freelancer MIS, and a whole new view of the Persistent Universe (PU) of Star Citizen (SC) took shape for me. I invite you to read my words and share my vision for how I think the Freelancer MIS will shake up the Star Citizen universe.

Perhaps the best way to describe the Freelancer MIS to those who have not yet gotten a hold of it is ‘the better but more expensive Cutlass’ in practically every way. The Drake Cutlass has been described as the $100 jack of all trades because of its powerful weapons, large cargo area for its size, functional components, and ability to give the player a chance to experience large chunks of the game. Now at the $175 price mark, we have the Freelancer MIS that has better weapons, more and better missiles, better and military components, more beds, escape pods, etc., etc.

The only areas that the cutlass is significantly better in is it has a better cargo bay and a better experience for the turret operator. So for a bit more money the player(s) can have a better pirate vessel, a safer cargo mover, or go pirate hunting at their leisure making for…

A Better Experience For The Player

We the players of Star Citizen, but honestly any game, want to explore what the game has to offer us. We never want to be window shopping where we can see someone else is having fun and we can’t even try it out for ourselves. To that end, we are better able to do this with ships like the Freelancer MIS as they have a number of luxuries for the player or simply remove potential annoyances. A full list would be daunting but a few of the biggest comforts would include:

It’s time now for the granddaddy of em all, how the Freelancer MIS is very comparable or even better than legit military vessels. The Vanguard Warden is one such comparison to make. With its long range, four size four missiles hardpoints, and military components what isn’t to love? Well, the Freelancer MIS carries more than three times the Warden’s missiles, has the same range, better computers, a cargo bay, all gimbaled weapons in pilots hands, guaranteed beds/pods, and the list goes on. How is that not concerning?

On the flip side, we have ships like the Anvil Super Hornet and the Aegis Sabre that are dogfighters of high repute. While those vessels are undisputedly faster and more agile than a Freelancer MIS is, the amount of firepower and utility that the Freelancer MIS has can swat those ships if it brings that firepower to bear. The Freelancer MIS has as much firepower on gimbals as a Sabre does on fixed hardpoints, four size threes, giving a clear advantage. Furthermore, by lobbing 28 missiles, the MIS has enough to level a LOT of ships of all shapes and sizes.

So is the Freelancer MIS a game breaker? NO! It is the strongest of militia vessels in the game but as in history, it can be bested by trained and disciplined fighting men. A player who trains in the art of dogfighting/combat can use his experience and his starship’s advantages to defeat the militia vessel. However, just like in history, being militia requires less training and equipment before they become effective to their regular army brethren. This seems to make the Freelancer MIS one of the best choices for the “casual” or weekend warriors among the player community and I endorse it whole-heartedly on that basis.

I love the Freelancer MIS and what it represents but its the latest and most significant example of a trend that I saw more than a year ago in that the pure combat ships are limiting the players unless a player just wants combat; which is fine if they are happy.

The Freelancer MIS is in my opinion too good, even at its asking price, as it ruins my immersion on why other ships exist in this universe. Just lowering the total missile payload a little would be all I ask for. Do you agree? Check out the Freelancer MIS in the PTU for the free to fly event going on right now and let me know what you think of it.

About the Author: Paladin Dietrich

Recreational pilot, amateur lover of history, and admirer of Star Citizen. When not in Star Citizen, looking for a good fight, I enjoy sharing my perspective on the game for TGWS. But mostly just a guy who wants to make the game just a tiny bit better for the best damn community I've ever been a part of.