In this episode of Loremaker’s Guide to the Galaxy, Senior writer Will Weissbaum takes us on a tour of the Bremen System. Get to know the system’s astronomy, and hear about Bremen’s vital role in two of the UEE’s most important achievements: The overthrow of the Messers and the creation of Big Benny’s.

The Economic Development of Bremen 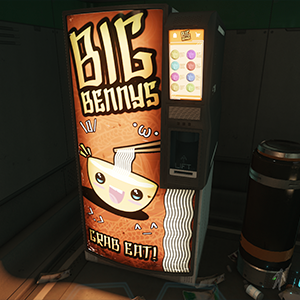 Bremen 2 developed slowly because it wasn’t on the frontier or particularly valuable. However, during the 2nd Tevarin War, Bremen became much more important. Rytif, which was already an agricultural world, received a lot of outside investment and became the biggest food producer in the verse. A bunch of independent farmers united and created Bremen Mills, which eventually became Terra Mills, the company behind Big Benny’s! After the 2nd Tevarin

After the 2nd Tevarin War the bottom fell out of the grain markets. Then, there was a major disaster when Bremen Mills exploded in an industrial accident and 100’s of people were filled. That was when Terra Agra came in and purchased Bremen Mills. The

The other big thing that came out of the great grain crash was the unremarkable nature of the planet, which was very appealing to the anti Messer movement and they use this system to form their resistance.

The System At a Glance

Bremen I is essentially as small, dead rock. It’s believed it is good luck to tip your wings to Bremen 1 as you are leaving the system.

Bremen II (Rytif) is the heart of the system and home to Terra Mills. It’s also home to the ship manufacturer Consolidated Outland, owned by the so-called ‘Rebel Trillionaire’, Silas Koerner. A dedicated ‘shipophile’ Silas maintains his own ship museum on Bremen which includes and original RSI Zeus and a rare Drake Lobster Prototype. There are rumors that there is a very rich deposit of valuable ore on Rytif Funny and that this is the real reason why the UEE became interested in the planet. In the present time, the planet is somewhat overwhelmed with miners seeking fortune and fame on the surface. Stalford, the main landing zone, is has maintained the atmosphere of a small town and the locals are proud of their heritage.

Bremen III is a terrestrial core-less planet outside the system’s green zone. It did have a lot of resources but most of them are mined out. There’s a well-known asteroid nearby that used to have a large vein or red-hued aluminum ore but it’s also all mined out.

Bremen IV is an ice giant which some Citizens believe is a ‘guardian planet’ for the system. Scientists are still confirming wether or not this is true, but the planet has certainly been safe from bombardment. Bremen IV has not been mined or exploited because it is inhospitable and dangerous.

Well, that’s it for Bremen. As always, please share your thoughts in the comment section and let us know how we’re doing or what you’d like INN to cover. And don’t forget to sign up for the Drake Dragonfly giveaway before the drawing tomorrow night! You’ll be eligible for every drawing in December 2016 once you sign up.