I’ve noticed a lot of conversation about Field of View (FOV) since the v2.6 Public Release dropped, so I spent some time looking into the issue today to see what I can learn. FOV, or the total amount of the observable game world at any given moment, is an incredibly important factor impacting comfort and playability. With a low FOV, some gamers experience discomfort, including motion sickness.

At issue with the new release is the fact that FOV is now locked, making it impossible to adjust for a given screen set up. It was previously possible to adjust FOV in the user.cfg file. It’s now optimized for a 16×9 ratio.

In order to get to the bottom of this, I spent a couple hours playing the game with different configurations to see what the experience was like. I then captured screenshots of four different configurations in both the Marine and Outlaw medium armor to compare them (See below). Shout out to anyone who had to play with me today. I was, without a doubt, the weakest link when I was capturing the screenshots.

The following screens are in 4 unique configurations:

All images are taken in Star Marine because it provided the opportunity to put on armor with the most restricted views (Marine Medium & Outlaw). This is an important factor since the helmet impinges on the total observable space. For each set of armor, all four images are of a single scene for easiest comparison.

I’ll add, I tried a number of other configurations but I only captured the four I will share for the sake of time and the fact that a wide range is represented. I also found it difficult to capture all the possible resolution options because the drop down glitches out after the second or third adjustment in any given session (See above).

After running these tests, I have the following observations to share: 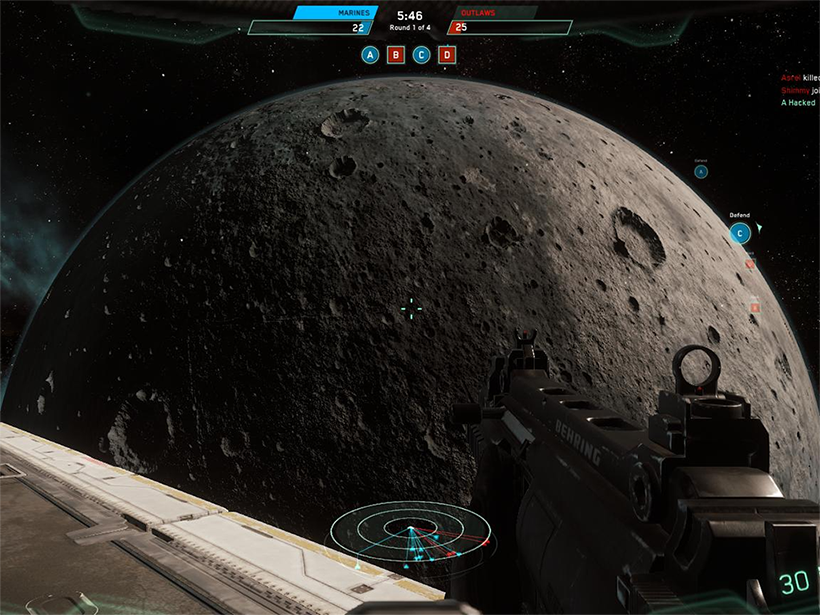 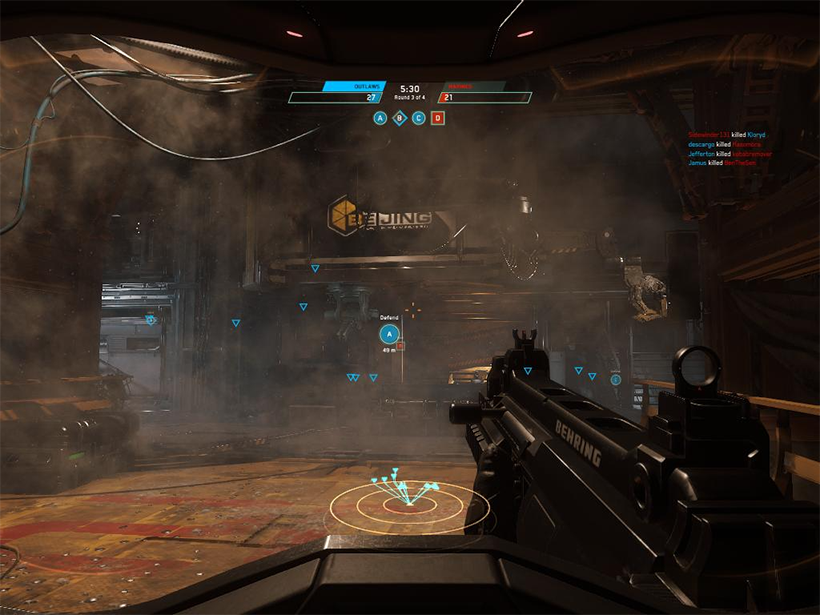 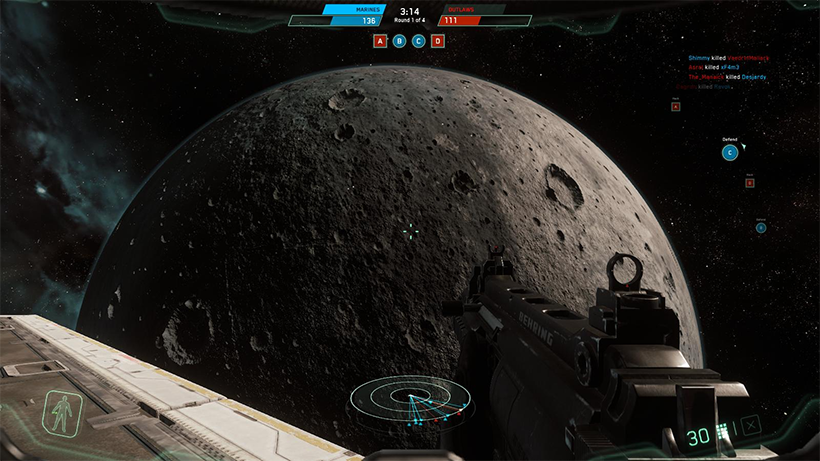 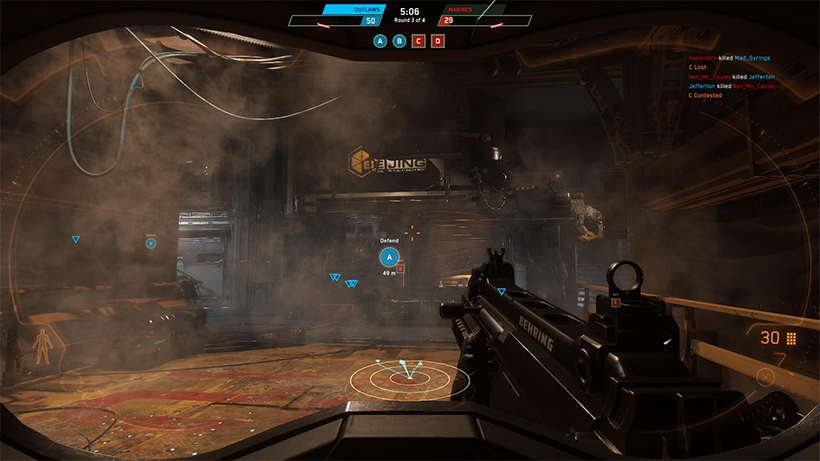 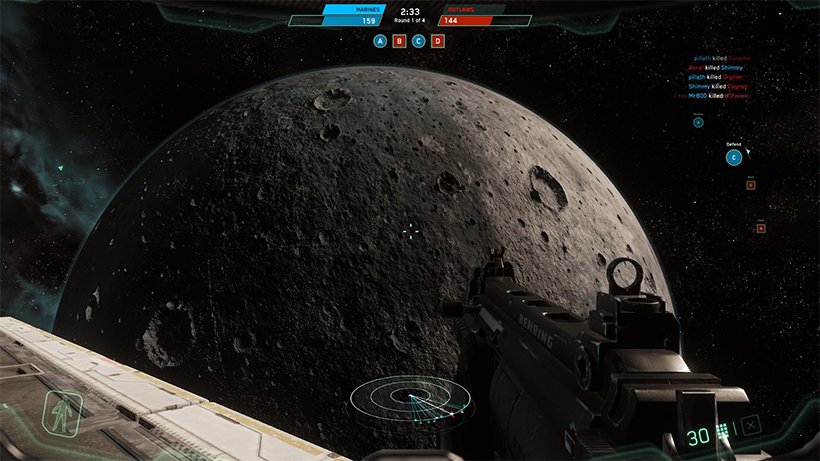 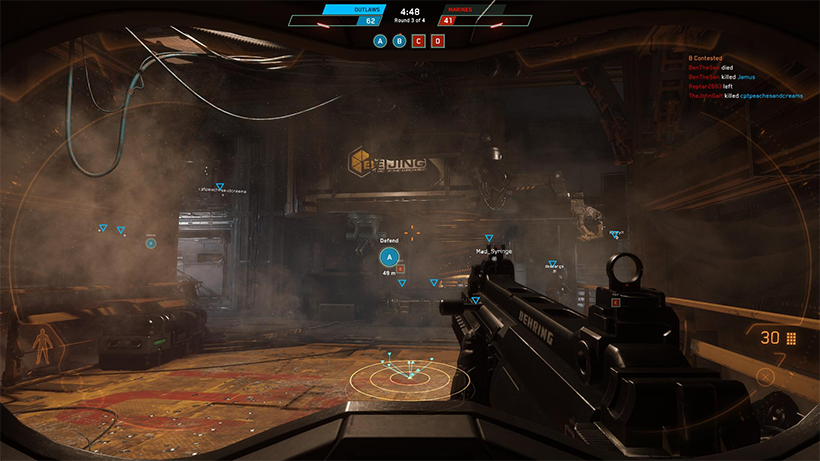 Finally, although I could not find any severe gameplay issues, the Star Marine configuration menu is unusable at 5788 x 1080 and impossible to back out of. (See below).

So in conclusion, my experience is there are no severe playability issues at any resolution I tested. However, this is in no way meant to suggest it’s not a huge issue for other gamers. For one thing, I have a really nice set up and the freedom to choose many different options. Above all else, if there are comfort issues at lower FOV’s, I think it’s critical to provide choice.

So what’s your experience been? Do you love the FOV? Hate it? Did you ever even know you could change it before? We want to hear from you. Leave a c0mment or feel free to let me know how wrong I am on Twitter. See you INNSide the ‘Verse!