The short explanation of today’s update is that they are working hard to get a PTU release of Star Marine out but there’s no specific date.  It will be held until they believe they have it to a point where outside testing would be useful – that point is coming soon but there are some things that need resolving.

Once again, a ton of progress was made this week.  They’re still fighting to get the game stable again after the code merge but progress is being made – QA did a play test on the Free Play mode of Star Marine today using the same servers that will be used at launch.

The most interesting points I personally identified from the update:

So when do we get to play Star Marine on the PTU?

Overall, it’s been another week of terrific progress. I’m proud of this team and the things we’re accomplishing as each day we move closer and closer to an initial PTU push. At present, we’re working on a patch release based on the new code-base for Star Citizen. We’ll need your help testing Star Citizen’s new code base and server changes in 1.3.0 and we hope you’ll get that very soon. If Star Marine is in the bare minimum shape to release it to you on PTU we will include it in 1.3.0. If it isn’t, we’re going to hold it until we feel it is. These are the hard choices, but it’s important we have something that you can test for us effectively before we go to PTU. Just know that everyone here wants this in your hands as much as you do, and we look forward to everyone seeing the very first iteration of Star Marine as soon as we can. It’s almost here!

One of my favourite little bits from this update was the great-looking work that has been done on ladders:

The other was this fantastic passage from Jason Hutchins:

Now, recently Chris talked about a way for players that want to have a more pacifistic experience in our persistent universe to settle disagreements via the use of thumbwar. QA was able to do an initial test of that system today, and I’ve attached a screenshot so you can see the first phase of thumbwar: initial hand placement. If you are familiar with arm wrestling at all, you know how important initial positioning can be. Future phases will utilize the HAT thumb-stick on your HOTAS set-up, to move your thumb, and you’ll press the hat to deploy your thumb and force your opponent to submit.

The screenshot he references: 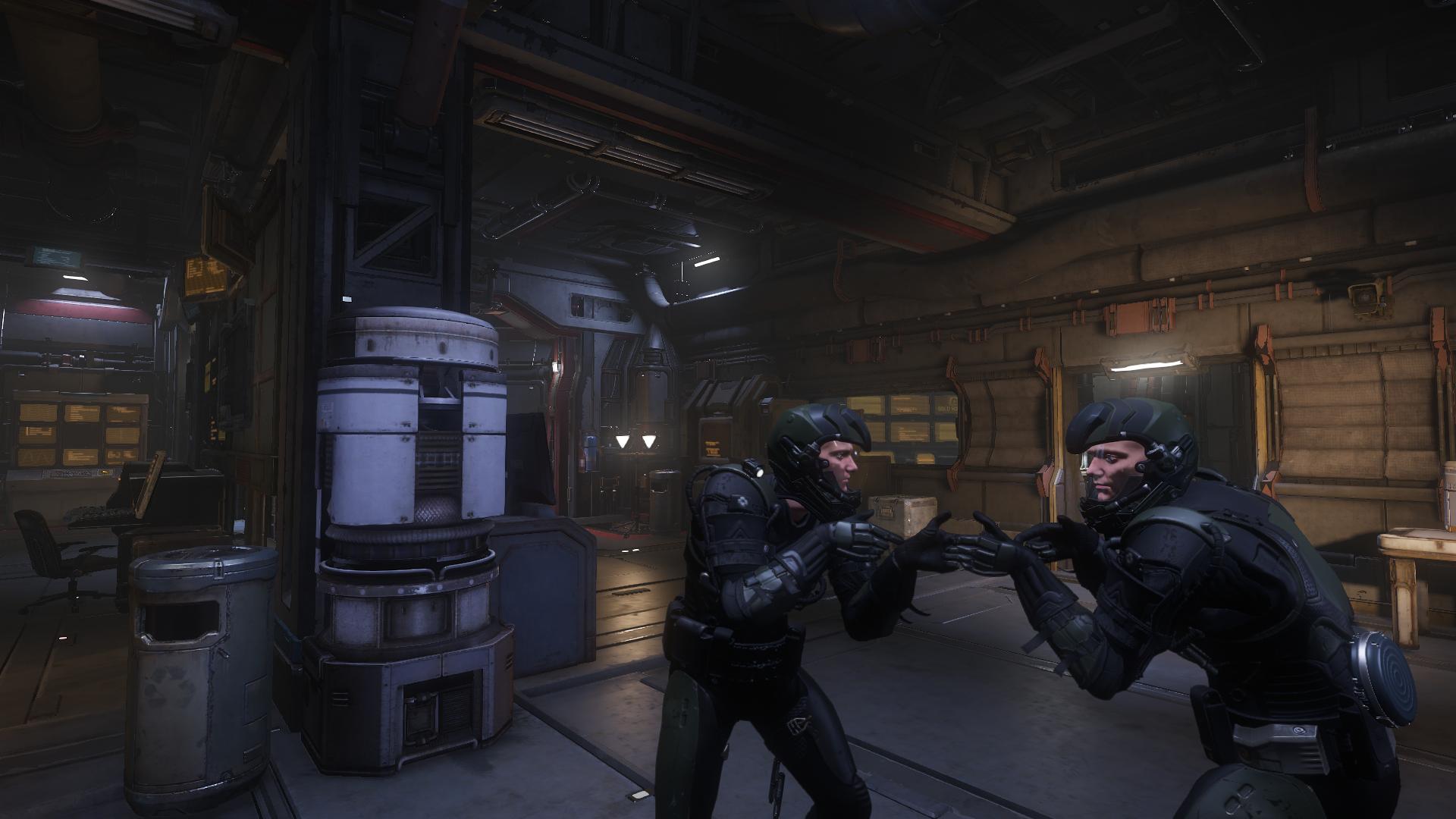