Around the ‘Verse – Episode 61

Citizens!  Welcome to INN’s coverage of the 61st episode of Around the ‘Verse!

(Thanks to Megan Cheever for providing the image!) 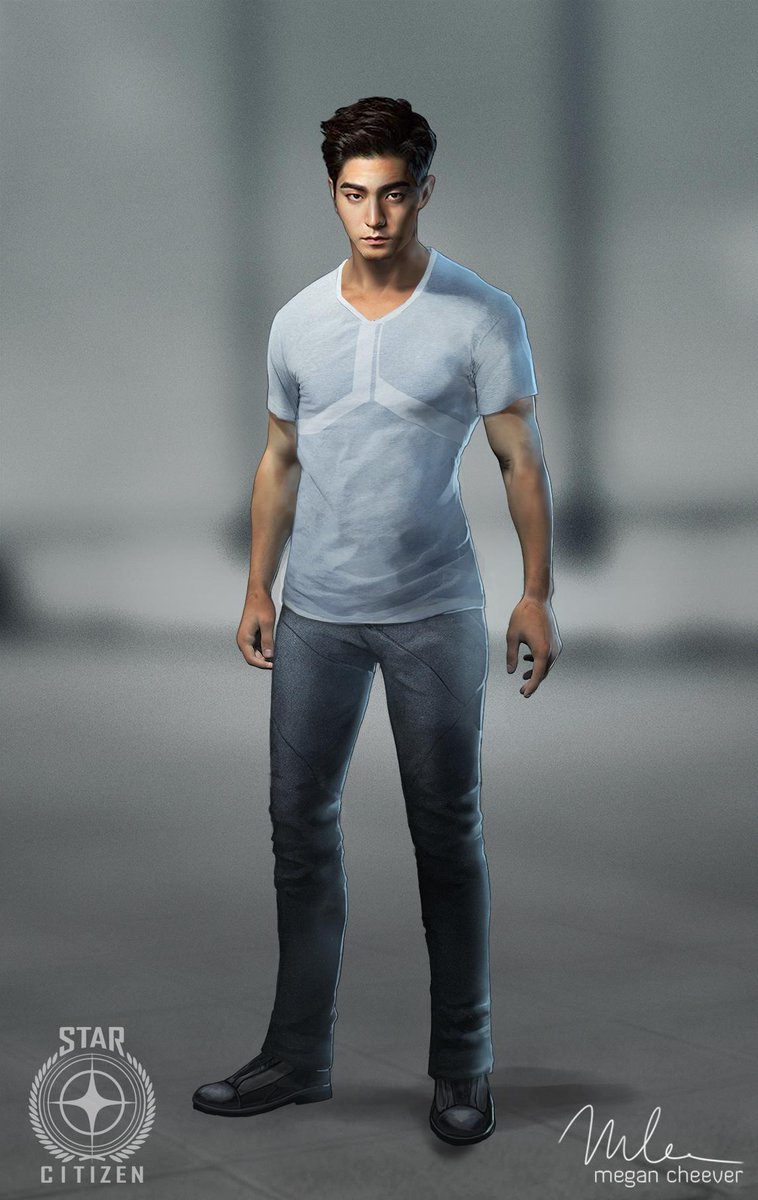 Transcript by Erris and Dolvak

– The Polo bill may be one step closer to passing.

– How long is too long? A new, record-setting noodle has been made.

– Community Hub launched on Tuesday. It’s where news, content, etc… can be posted and upvoted, similar to Reddit. They’ll be working on improving it now.

– Soon the Next Great Star Citizen will launch soon.

– Hopefully today the Issue Council will go to a larger group of testers.

– CitizenCon is coming! – Community and Marketing teams are working hard on it.

– Working on big milestones such as FPS and the Multicrew Milestone, more info on those as it becomes available.

– Lots going on in Santa Monica.

– Bringing the Herald out of graybox, and getting it flyable.

– Elwin is working on the Reliant as well, to get it flyable

– Lots of work on the Constellation, to get it done very soon.

– Randy’s here to give an update on the Caterpillar.

– There’s a picture on the forums of Randy working on whiteboxing the Caterpillar.

– Still very initial and early design, come up with modules, how cargo will be handled, etc…

– Talking to writing and lore, and Ben, working on the interiors. Getting the interiors done first, then go give it to artists to make it pretty.

– Recording audio soon, as some emotes (probably ~50%) will have audio in the next release. They’ll be recording temp audio in Austin. There’ll be some grunting and dialogue and such in there.

– Working on respawn functionality. There may or may not be opportunities to die in the next social module release, so they’re working on ways to respawn people once that happens. Putting spawn points in the medical unit.

– Also updating the Hangar lighting. Probably have a couple hangars updated for the next release.

– In regards to CS tickets and emails – there’s been a backlog since gamescom, and they’re working to get a personal response to everyone. They’ll continue responding as quickly as they can.

– If you’ve sent in a ticket about a time-sensitive issue (Tali sale, Vanguard variants, etc…) they’ll deal with the ticket as if they got it the day you sent it in. They won’t make us suffer because they answer the ticket late.

– Also a lot of un-melt requests, they will respond to those when they can, but there’s a temporary hold on those, so they can focus on more time-sensitive issues for now.

– Also will be doing some new updates to the website. Can’t say what they are yet, but it should make everyone’s lives better.

– This is the busiest they’ve been, so thanks for our patience, they’ll get to our tickets ASAP.

– Right now Frankfurt is reviewing AI behaviours and background item elements. Organizing features, making sure that they’re all used in the modules of the game, and to make sure they all fit the picture of the game.

– Making sure that behaviours are working correctly for all the functionality Designers want to use.

– Very much working on behaviours as a central part of how AI’s work.

– Making sure designers have a whole toolbox to pull behaviours from.

– Fan Video of a Merlin flying around above Arc Corp.

JP: Thanks guys, I am here with lead engineer Paul Reindell. Thanks for coming on man.

PR: Thanks for having me.

JP: It’s been way too long.

PR: Yeah that’s true, I think the last time I was interviewed was 2013.

PR: Yeah and I don’t really like being on camera.

JP: Well thanks for doing it. So what are you working on right now?

PR: So at the moment we are doing a big item system revamp. They want to componentize the whole item system and narrow down the number of items we have and make them more interchangeable. So we are working on getting this into the game for the next arena commander release and we are working on new items and we are also working on the physical based damage. We want to change to a fully physics based damage model that means when you hit something it takes the velocity and the mass of the projectile and actually calculates the damage the real projectile would do with it’s speed and it’s mass.

JP: So what is what we are trying to get to, what do we currently have?

PR: Currently we have designer driven values for example a designer created a new projectile he gives it values so he says this projectile makes 200 damage and this projectile makes 300 damage and it’s kind of arbitrary so we want to make this to be so a designer creates a new projectile and says it’s weight is 5 kilograms and the weapon shoots it at 300 meters per second and the damage basically falls out of the system. The nice thing is lets say the bullet is in gravity so it slows down after a while or has some air resistance. So you don’t have to code taking this from the speed and the mass of the projectile when it hits the damage is calculated so the values fall out of the system instead of having to code “Ok if it’s traveling at this speed it needs to reduce the damage by that”.

JP: How big of a revamp has this been? How long has this project been going on?

PR: We started the revamp right after the Gamescom presentation and it’s probably the next month still to work on and it’s also getting rid of the old and it’s also getting rid of the old CryEngine item code. When we started we were a small team that took CryEngine and for example comes with game DLL so we take this code and make it work for us and now we are running into troubles there like a lot of systems that don’t work exactly how we want to work so we kinda have to make them and live with it and also have box(?????) because of that. So now we are basically rewriting this from scratch to have exactly the item code and weapon code doing exactly what we want in our game for Star Citizen.

JP: So it’s taking the code that they had and making it what best suits us. Our code.

JP: Alright so I imagine that will be a big overhaul for not just the ships but for balance and everything else so are you working with design to facilitate this process?

PR: Yes exactly.  So design came up stuff in the first place like item components. They want to have what they want to have and what weapon components they want to have and we get together and narrow it down into a achievable number so for example at the moment we have a powerplant for almost every ship we release so it has it’s own individual powerplant and that is not really how the system should work. The system should work that we have 20 ships but we only have like 3 size 2 powerplants and of course long term we will add more but we start with 3 and the player can decide oh I want to use this powerplant or this powerplant and they can exchange components and start building their own custom ships so that basically it’s way more fun if you can take a ship and can try different things and make it modular so you have a custom build and you can share with like the internet and be like oh I found this awesome build and it’s perfect if you take this powerplant with this weapon with this shield it really works well and right at the moment you can’t even do this because if you put a different powerplant in a different ship it totally breaks all the systems.

JP: Right so you are trying to make it more modular so people can make the ship they want to make. So what is the next project you want to take on?

PR: So this will be an ongoing project. We are currently doing this for only vehicles but we want to use the same system for FPS as well. So for now only vehicles but after that FPS and also move FPS weapons over and at the same time work for the multi crew release and bringing multicrew functionality to the ships and that means we need to put a lot of work making the other seats in the ships fun to play. So at the moment in AC you fly the ship you shoot the weapon, that’s easy and a fun experience but if you have a multicrew ship you have I dunno 7 people on the ship you need to have not only the pilot and the gunner fun but also need to make the guys in the engineering station it needs to be fun so add new gameplay systems which allows them to redirect energies through the ship and all that kind of stuff so multi crew is basically the next big thing.

JP: So I know we are all really excited, thanks again for coming on, it’s been a pleasure. Back to you guys.

– This week Lisa reached out to the UK to get some info on modules for the Tali. Talking about the Living Area, the Cargo Module, and the Drop ship.

– The Living Module is where the crew can spend their leisure time. Lots of work went into getting the sizing right, and getting the details to match the rest of the ship.

– The next image is the Cargo storage room. It’s a simple room

– The third one is the drop-ship module. It’s the room where troops gather before they’re deployed into battle. Challenge was fitting 12 troops into the area. Spent a lot of time white-boxing the room to make sure everyone could fit, then focused on each small section of the room.

– All of the images are still works in progress.

– Star Marine status update will be live tomorrow. As we saw last week, the code merge was a success, and lots of progress was made.

– Kicking off a free-fly week for the Avenger on Friday.

– Thanks to everyone who’s submitted social videos on the forums. The best video will recieve the very first MISC Endeavour.

– WTFosaurus and a group of backers put together a ‘harlem shake’ video on the community hub.

– More clothing from the Terra line it looks like. Male clothing this time. And a hairstyle!